When It Matters Most:
Employment, Construction,
Estate Planning
Contact Us for a Free Consultation
Home
Practice Areas
Employment Law 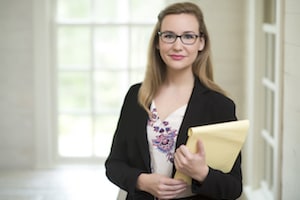 Beckum Law is an employment law firm that handles EEOC charges and lawsuits on behalf of Alabama residents. Will Beckum is an experienced Birmingham employment law attorney who aggressively represents workers who have been denied justice in the workplace. Every day, our firm is contacted by the hardworking employees across the State of Alabama who have been subjected to discrimination, harassment and retaliation. Sometimes these unlawful actions by your employer lead to a wrongful termination that damages your ability to financially provide for yourself and your family. Other times, the harassment and retaliation can be so severe that they lead to significant emotional distress.

At Beckum Law, we pride ourselves on being an advocate and voice for individuals who are placed in these difficult situations by their employers. Over the past fourteen years, Mr. Beckum has represented employees in all types of employment law cases in Alabama and across the country. He has successfully litigated cases ranging from discrimination and sexual harassment to overtime pay violations. He has represented individuals in nearly every type industry including teachers, nurses, police officers, sales representatives, medical professionals, and executives.

While Alabama is an at-will employment state, there are still Federal Laws that protect employees against discrimination based on gender, race, age, religion, pregnancy and disability, as well as against retaliation and certain harassing conduct by the employer. Alabama employers cannot hide behind the at-will employment rules when they have violated the Federal Laws protecting all workers. Beckum Law is highly skilled at finding and aggressively pursuing these violations on behalf of employees in Birmingham, Alabama and throughout the State.

Our Birmingham employment law practice focuses on enforcing the Federal Laws preventing discrimination, sexual harassment and retaliation, based on the following classifications:

Our firm also litigates whistleblower (qui tam) lawsuits relating to the False Claims Act. This statute prohibits businesses who accept federal funds from submitting or certifying false claims for payment for the work they perform. These businesses include medical providers, hospices, and hospitals that receive Medicare payments as well as other types of contractors (defense, telecommunications, and educational) that perform federal contracts.

Regardless of the exact type of employment law issue you face, when you retain our services, you will work directly with Birmingham employment law attorney Will Beckum. Mr. Beckum has over fourteen years of legal experience handling all types of employment litigation matters, from negotiating with employers during the EEOC process, to filing and litigating cases in Federal Courts across the country. For additional information about Federal or Alabama employment laws or the Beckum Law firm, please contact us at 205-588-0699.

Contact Us
Practice Areas
Client Reviews
★★★★★
One of the finest construction attorneys in Alabama. In conjunction with another associate legally fought and won a sizeable reward against one of the largest residential builders in Alabama. If you are seeking an attorney with honesty and integrity, who knows the law and will do what he says he will do; Will Beckum is the one to hire. Larry L.
★★★★★
I spoke with three other lawyers before choosing Mr. Beckum as my lawyer. He has been dedicated to my case from the first time we spoke. He is compassionate about my legal issues with my job and was exactly the type of lawyer I needed to turn the tables. I would recommend him to anyone seeking an employment lawyer. Liz S.
★★★★★
Mr. Beckum did a great job on my discrimination case. He was patient and hard working and never gave up on me - even after my prior lawyer did. I can't say enough about how good a job he did and I was very happy with my settlement. Willie
View More
Submit a Law Firm Client Review