When It Matters Most:
Employment, Construction,
Estate Planning
Contact Us for a Free Consultation
Home
Attorney Profiles
William Brooks Beckum 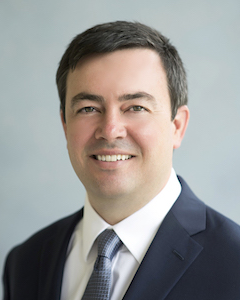 Will Beckum has over fourteen years of experience representing individuals in complex and high stakes litigation in Alabama and throughout the country. Mr. Beckum has represented a wide range of clients, from large multi-national corporations to individuals and small businesses across the State of Alabama. He takes great pride in being an advocate and voice for people who have been wronged and treats each client, big or small, with the same level of respect.

Mr. Beckum has recovered millions of dollars on behalf of individuals and small businesses throughout Alabama. In 2017, he recovered $5.9 million dollars on behalf of a condominium association and owners in a Birmingham, Alabama development who had suffered significant construction related defects. He brings his unique background of technical expertise and legal experience to give his clients an edge in litigation.

Mr. Beckum resides in Birmingham, Alabama with his wife, Katie, and their two daughters. Outside of the firm, he enjoys spending time with his family and is an active parishioner of Prince of Peace Catholic Church.

Contact Us
Practice Areas
Client Reviews
★★★★★
One of the finest construction attorneys in Alabama. In conjunction with another associate legally fought and won a sizeable reward against one of the largest residential builders in Alabama. If you are seeking an attorney with honesty and integrity, who knows the law and will do what he says he will do; Will Beckum is the one to hire. Larry L.
★★★★★
I spoke with three other lawyers before choosing Mr. Beckum as my lawyer. He has been dedicated to my case from the first time we spoke. He is compassionate about my legal issues with my job and was exactly the type of lawyer I needed to turn the tables. I would recommend him to anyone seeking an employment lawyer. Liz S.
★★★★★
Mr. Beckum did a great job on my discrimination case. He was patient and hard working and never gave up on me - even after my prior lawyer did. I can't say enough about how good a job he did and I was very happy with my settlement. Willie
View More
Submit a Law Firm Client Review